Welcome to our shop, we will be adding products over time so please keep checking back. 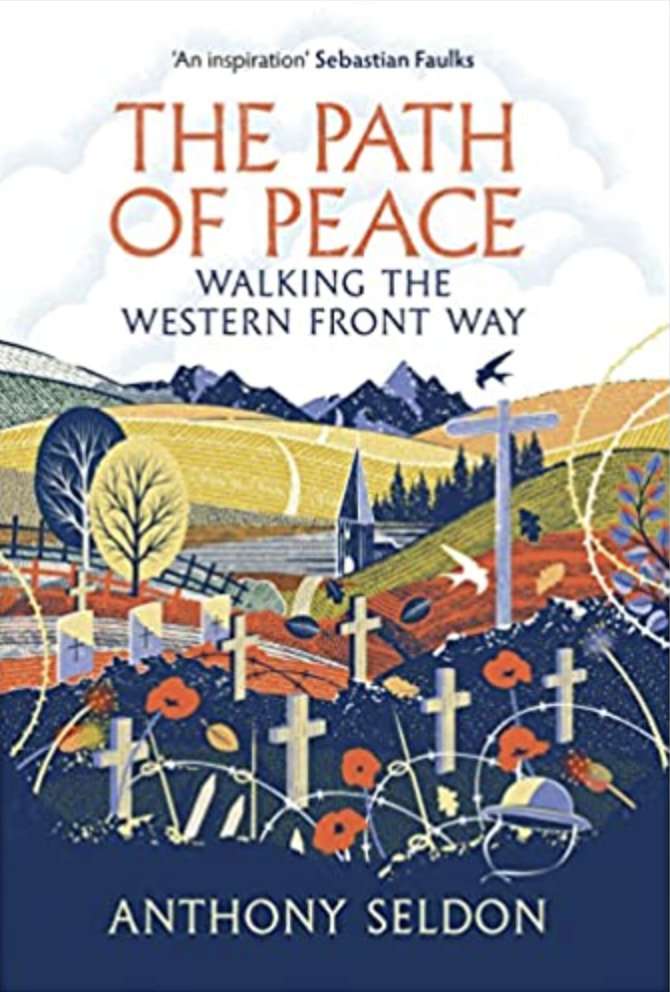 The Path of Peace: Walking the Western Front Way

Without a permanent home, a wife or a job, and with no clear sense of where his life was going, Anthony Seldon set out on a 35-day pilgrimage from the French-Swiss border to the English Channel.

The route of his 1,000 kilometre journey was inspired by a young British soldier of the First World War, Alexander Douglas Gillespie, who dreamed of creating a ‚Via Sacra‘ that the men, women and children of Europe could walk to honour the fallen. Tragically, Gillespie was killed in action, his vision forgotten for a hundred years, until a chance discovery in the archive of one of England’s oldest schools galvanised Anthony into seeing the Via Sacra permanently established.

Tracing the historic route of the Western Front, he traversed some of Europe’s most beautiful and evocative scenery, from the Vosges, Argonne and Champagne to the haunting trenches of Arras, the Somme and Ypres. Along the way, he wrestled heat exhaustion, dog bites and blisters as well as a deeper search for inner peace and renewed purpose. Touching on grief, loss and the legacy of war, The Path of Peace is the extraordinary story of Anthony’s epic walk, an unforgettable act of remembrance and a triumphant rediscovery of what matters most in life.

Loading...
Manage Cookie Consent
To provide the best experiences, we use technologies like cookies to store and/or access device information. Consenting to these technologies will allow us to process data such as browsing behavior or unique IDs on this site. Not consenting or withdrawing consent, may adversely affect certain features and functions.
Optionen verwalten Dienste verwalten Anbieter verwalten Lese mehr über diese Zwecke
View preferences
{title} {title} {title}